The final round of group stage fixtures was completed last night with all five Brazilian clubs progressing into the round of sixteen.

On Tuesday night, Internacional recorded a 2-0 win in the Beira-Rio to comfortably win Group 6, whilst rivals Grêmio had already booked their place into the next round, finishing second in Group 2 last week. Cruzeiro, who also completed their fixtures last week, faced little challenge from their group opponents, winning Group 7 with a seven point margin.

Last night both Santos and Fluminense required wins to guarantee qualification. Santos overcame already eliminated Deportivo Táchira with a 3-1 win at the Vila Belmiro – the win will do no harm to the club’s ambitions to keep hold of star duo Neymar and Ganso.

Meanwhile in Buenos Aires, Fluminense – who started the day bottom of Group 3 – beat Argentinos Juniors 4-2 in a bad tempered game. The result was marred by ugly scenes at full time has fighting broke out amongst the two sides.

In the last 16, Cruzeiro face a difficult tie against Colombians Once Caldas as do Santos who face Mexican giants América. Fluminense face a difficult first leg in Paraguay against Libertad, whilst defending Libertadores champions Inter can set up a quarter-final clash with Grêmio if they can overcome Montevideo based Penarol and Chilean’s Universidad Catolica respectively.

2 Responses to “News: Brazilian clubs all advance to last 16 of Copa Libertadores”

Notify me of follow-up comments via email.

Notify me of new posts via email.


- Ceará's Osvaldo is being linked with a move to Grêmio.
- Cruzeiro have signed Bobô as a replacement for Thiago Ribeiro, who has been sold to investors, and then loaned to Cagliari.
- Luiz Alberto has joined Duque de Caxias.
- Palmeiras' board dismissed rumors that Felipão could be sacked.
- Patric has been sidelined by Atlético-MG's manager Cuca
- Ricardo Bueno might leave Atlético MG to join Palmeiras.


Paulo Freitas is the editor and lead contributor to O Jogo Bonito,is the Brazilian Head Researcher for Sports Interactive famous game Football Manager. and also writes for Just Football and The Elastico. 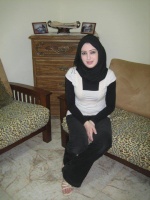