The Messenger of Allah said

The one who utters no one is God except Allah and has a tiny bit of belief in his heart shall leave hellfire. Narrated by Al-Bukhari.

The one who dies while having the least belief must come out of hellfire if he had entered it for his sins. The term ذرّة is the singular of الذرّ which is what is similar to the dust that is seen in the sunbeam when it enters through a window into a room. Also it is a name given to the little red ants.

As to the one who cleared Allah from resembling the creations avoided what He deemed sinful, and carried out His orders Shall enter paradise, the place of everlasting enjoyments, without torture.

The one who believed in Allah, the exalted, cleared Him from resembling the creations and avoided the prohibitions, is the Godfearing one who in the hereafter shall end up in paradise, where he will experience no hunger, no thirst, no distress in the grave or the hereafter. Rather he will be in paradise where there are everlasting enjoyments and that shall be his everlasting abode.

What stands proof to that is the Qudsi Hadith that was narrated by Abu Hurayrah that the Messenger of Allah said: Allah, the exalted, said:

which means: I have prepared for my righteous slaves that which no eye had seen, no ear had heard, and had not crossed the heart of a human being. Abu Hurayara said: read, if you will, the saying of Allah in Surah as-Sajdah, 17:
‎{فَلَا تَعْلَمُ نَفْسٌ مَا أُخْفِيَ لَهُمْ مِنْ قُرَّةِ أَعْيُنٍ جَزَاءً بِمَا كَانُوا يَعْمَلُونَ}[سورة السجدة/آية ١٧]
Which means : no soul knows what is hidden for them among that which will delight their eyes as reward for what they did.

The saying of Allah reveals, that in paradise there are things delightful to their eyes that Allah kept concealed from His angels and prophets. The special enjoyments that Allah prepared for the righteous, the messengers have not seen, nor the angels nor the caretakers of paradise who work there. The verse of Surat as-Sajdah, 17 was interpreted by the meaning contained in the Qudsi Hadith.
راجية الشهادةالنجمة الذهبيه 20% 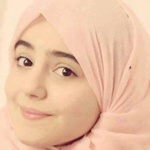